During Part 1 of this two-part interview series, Patrick McNeil talked with Sandstorm Design about design trends, industry standards and the future. This time around McNeil shares his thoughts on typography, social media integration and responsive web design. McNeil is a web developer with an eye for design, and the author of the Web Designer’s Idea Book series. His next book, The Designer’s Web Handbook, will be coming in the summer of 2012. Be sure to also look for his recently released Web Designer’s Idea App, which compiles his first two books into an iPad app.

SD: What are your thoughts on the advancement of typography on the web?

PM: I definitely think it’s exciting because it brings a lot of basic options and beauty to the web. Typography can really enhance or kill a design and so its nice that we have a growing range of options to implement cool type and even better control over how it looks in general...The more control designers have, the better off the end result is.

SD: On the same topic of control, what do you think of the social media APIs and widgets that designers might not have as much design control over?

PM: Yeah, like the standard Facebook box that just looks like total poo...You can add a Facebook “Like” button in any way you want. It can look any way you want. But if you want to put that flow of what people are saying, then you’re a little stuck because it’s just ugly. I think sometimes it’s about tradeoffs. And sometimes it’s about how far you go to program something to make it just look awesome.

SD: What is an issue the web design industry has yet to solve, that you would like to see web designers tackle?

PM: The biggest shift, even as a result of the whole responsive design movement, is just fully accepting that the web is not print. For how many years have we worked our butts off to make a web site render the exact same across all browsers? And responsive design blows this up because all of the sudden you’ve got tablets, you’re thinking about netbooks different, and you’ve got smartphones, and you’re even thinking about people seeing it on their TV. All of the sudden, by the basic definition of it, you’re required to not think that it’s going to look the same everywhere.

In that sense, it’s not print. You print a brochure or a business card—you can print 10,000 copies—it doesn’t matter what you do, where you go, its going to look the same. I think that’s probably the biggest thing I see people moving past in this time in the web, really forcing that issue.

So I’ll be glad if everybody else gets on board and just accepts that things look different in different interfaces or devices. We just have to embrace each of them for the opportunity that they create.

PM: I think that combined with some of the advancements in typography. They have really been potent. Because when you think about displaying the same site in multiple ways and then you combine that with better techniques for controlling typography and less need for images, or even for sIFR where you’re replacing it with Flash. The more that happens in the browser it just means that you can cater those things to individual devices better…I think we’re seeing pretty powerful results.

We really enjoyed talking with Patrick McNeil, and are looking forward to the release of the Designer’s Web Handbook. At Sandstorm Design, we work as a team to create powerful brand experiences supported by user research and a strategic marketing approach. We'll help you stay ahead of the curve with custom web solutions that are one step ahead of your competition. 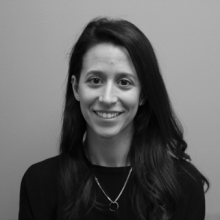 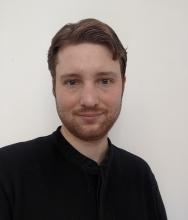